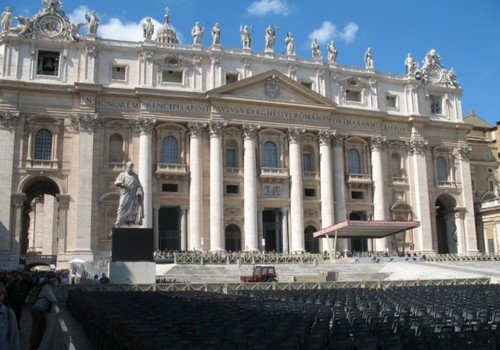 A Vatican diplomat by training and experience, Cardinal Angelo Roncalli was a surprise choice to succeed Pope Pius XII on 29 October 1958.

But an even bigger surprise would come less than three months later on 25 January 1959, when Pope John XXIII stunned the world and the Church by calling an Ecumenical Council for the whole Church as well as a synod for the Diocese of Rome.

The new pope presented the Council as a response to both positive and negative trends in the world.

“The grace of Christ continues to multiply fruits and portents of spiritual elevation, health and holiness throughout the world,” the pope explained.

But there was also “abuse and compromise of human freedom, (by people) who, not knowing the open skies, and refusing to believe in Christ the Son of God, Redeemer of the world and founder of the Holy Church, turn everything in search of the so-called goods of the earth, under the inspiration of him whom the Gospel calls prince of darkness, prince of this world.

In addition there was “the temptation and the attraction towards the advantages of a material order that the progress of modern technology – indifferent in itself – magnifies and exalts,” Pope John noted.

“All this – let’s say, this progress – while it distracts from the search for higher goods, weakens the energies of the spirit, leads to the relaxation of the structure of discipline and of the ancient good order, with grave prejudice of what constituted the strength of resistance of the Church and of the his sons to errors, which in reality always in the course of the history of Christianity, led to fatal and fatal divisions, to spiritual and moral decay, to the ruin of nations,” he warned.

Hence the need for a Council, which like others in “eras of renewal” in the history of the Church had helped increase “clarity of thought” and “compactness of religious unity” as well as promoting “the liveliest flame of Christian fervour.”

We have no record of Cardijn’s reaction to this stunning announcement. Just two weeks later, however, he would travel to Rome hoping for his first audience with the new pope he did not know.