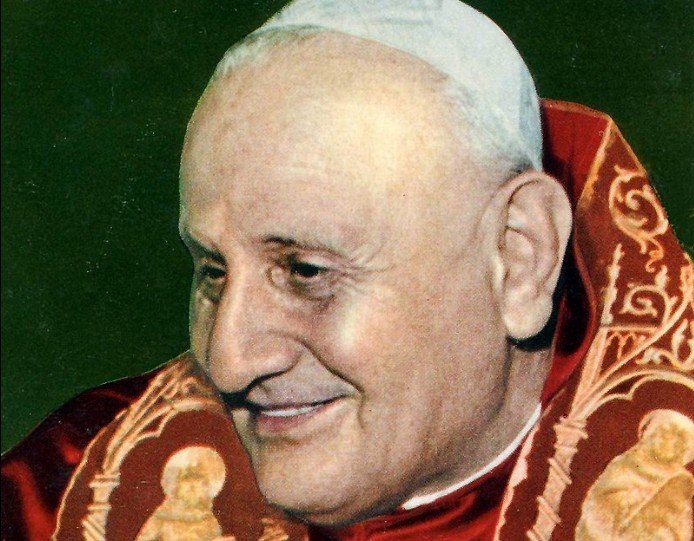 Cardijn was deeply concerned following the death on 9 October 1958 of Pius XII, who had reigned as pope since 2 March 1939.

Indeed, the YCW founder had known him even before that as Cardinal Eugenio Pacelli, the Holy See Secretary of State, who had written an important letter of encouragement to the YCW on the occasion of its first International Congress in Brussels in August 1935.

Now Cardijn was nervous about whether the new pope would continue to support the YCW.

“I was in New Zealand when we learnt on the radio through the Archbishop of Christchurch of the death of Pius XII,” Cardijn later wrote.

“After a session of fervent prayer in the chapel, we asked ourselves: ‘How will we find a worthy successor to such a great and holy Pope?’

“I continued on my voyage to Australia, the Philippines and Indonesia and it was at the airport of Formosa (now Taiwan) that people told us: ‘We have a new Pope: John XXIII!’

– Roncalli… never heard of him!”

Pope Pius XI had memorably endorsed the YCW during Cardijn’s first audience with him in March 1925. And in 1935, he declared the YCW an “authentic” or “perfect” form of Catholic Action.

Pius XII had continued and extended that pontifical support. In 1956, the Holy See had approved the new statutes of the JOC Internationale (International YCW).

A year later on 25 August 1957, the pope had welcomed and hosted the 32,000 young workers from around the world who had joined the JOC pilgrimage to Rome.

Moreover, Pius XII had steadfastly continued to support the YCW despite the fact that he had severely limited the French worker priest experience while several theologians close to Cardijn and the JOC such as the Dominicans, Yves Congar and Marie-Dominique Chenu, had also been sanctioned.

What would the new pope do about the YCW? Cardijn, how 76, was understandably concerned about the future of his life’s work.

Pope John XXIII was elected on 28 October 1958. Therefore as soon as he returned to Brussels from Asia and the Pacific, Cardijn wasted no time in planning to visit Rome to meet the new pope.

Joseph Cardijn, During the reign of John XXIII: A new Pentecost (Bulletin of the International YCW, July – August 1963 No. 90) (Joseph Cardijn Digital Library)