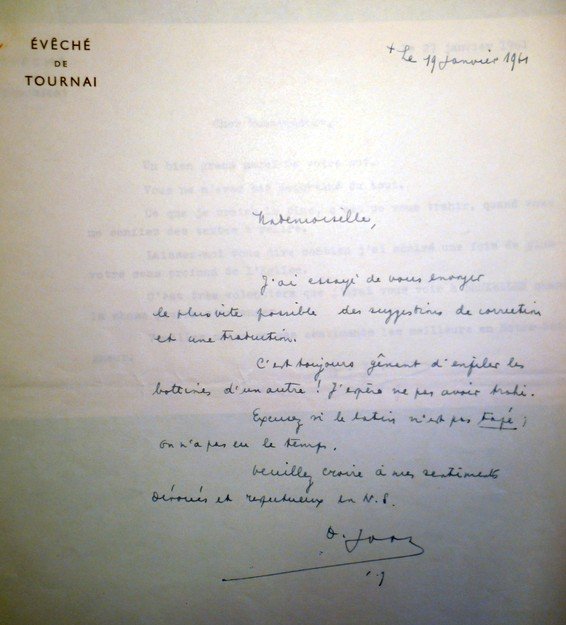 Even during Cardijn’s absence in Africa, work continues back in Belgium to prepare his submissions for the PCLA.

On 19 January 1961, Tournai vicar-general, Mgr Désiré Joos, writes to Marguerite Fiévez in response to Cardijn’s earlier request to assist him with the drafting and translation into Latin of his documents.

“I tried to send you a few suggestions for correction and translation as quickly as possible,” he wrote.

“It’s always awkward to put on someone else’s boots! I hope I have not betrayed anything,” he added apologetically.

“My apologies that the Latin is not typed up; we just didn’t have time.”