Just two weeks after Cardijn and Romeo Maione’s audience with John XXIII, the new pope followed the example of his predecessors Pius XI and Pius XII by addressing an autograph letter to Cardijn dated 24 February 1959.

“To Our dear Son Joseph Cardijn, General Chaplain of the Young Christian Workers,” the letter read.

“Over the course of the already distant years since its foundation in Belgium, the Young Christian Workers movement has received the most explicit encouragements from Our venerated Predecessors Pius XI and Pius XII on numerous and solemn circumstances. With all our heart, We confirm these; and in our own turn We are pleased to offer you all Our paternal affection, to you who by your priestly zeal was the initiator of this vast Movement of Catholic Action, and, through you, to all the dear Jocists of the male and female branches that have now spread to every continent.

eWe well understand and value the apostolic work that they are achieving among young workers. They will take care to faithfully follow the precious directives received from the Holy See, particularly those that Pius XII of holy memory addressed to them during the great world assembly in 1957. Thus, they will remain apostles docile to the Hierarchy, well instructed in their faith and penetratedby Christian charity, and attentive to the living and working conditions of all their brothers in all locations, ardently in the service of God’s cause!

eWe pray to the Lord, through the intercession of the Immaculate Virgin, to make fruitful all these generous efforts and We willingly grant to you, to the presidents, leaders, chaplains and to all the Members of the Young Christian Workers Our most paternal Apostolic Blessing,” it concluded. 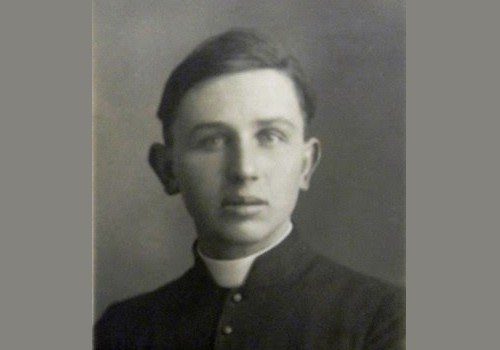 Among the first to realise the Council’s potential was the theologian, Yves Congar, who had begun to work with Cardijn and the JOC during the early 1930s, giving retreats to JOC leaders at the Saulchoir, the Dominican convent then located at Kain, near Tournai in Belgium.

Subsequently, Congar continued to work closely with the JOC and other Specialised Catholic Action movements, culminating in his publication in 1953 of “Jalons pour une théologie du laïcat.” This was later translated into English as “Lay People in the Church.”

Nevertheless, his work had also attracted the attention of the Holy Office, the Vatican body responsible for doctrine. Along with several colleagues, he had been banned from teaching. As a result, he was transferred to Jerusalem at his own request and later sent to England and was eventually assigned to Strasbourg, where Archbishop Weber was more open to him.

Congar therefore took a keen interest in Pope John’s announcement of a Council. Within three weeks of its announcement, in mid-February 1959, he wrote suggesting five areas of work that thought the Council would do well to focus on (Giuseppe Alberigo, “The Announcement of the Council: From the Security of the Fortress to the Lure of the Quest,” in Alberigo-Komonchak, I, 35). 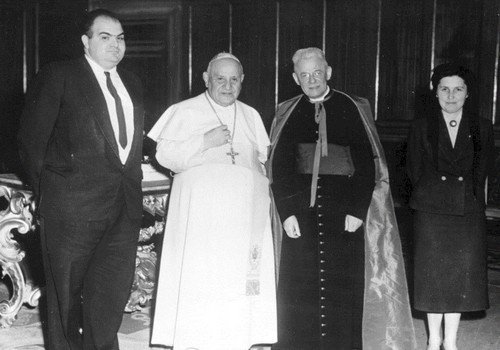 Although he did not react publicly to Pope John’s announcement there’s little doubt that it must have intrigued and even excited Cardijn’s imagination.

It was therefore with a growing sense of anticipation and even trepidation that he journeyed to Rome with International YCW leaders, Romeo Maione (president) and Maria Meersman (vice-president) in February 1959.

“Cardijn always prepared well. This time he was even more meticulous in his preparation.

“The next day, we arrived at the Vatican in time for a 12:30 pm audience with John XXIII,” Maione recalled. But the pope kept them waiting until 1.15pm.

Finally, the pope himself emerged to welcome the YCW delegation, saying: “You are sure an important man, a man must be elected Pope before he is allowed to meet you.”

Here, Cardijn adds a crucial detail of this first meeting, citing the pope’s welcome to him:

“I have known you for such a long time! I have been following you and your work,” Pope John told Cardijn, adding a significant promise. “I will support the YCW as Pius XI and Pius XII, indeed even more than they did!”

The ice broken, Cardijn did not hesitate to outline his own proposals and requests, including “a new papal letter for young workers, a new social encyclical,” and “training of priests for the lay apostolate.”

Cardijn himself was greatly impressed.

“He spoke so freely of a new Pentecost! I will never forget our first meeting,” he remembered.