Five weeks after returning from Rome, Cardijn sent a 5000 word document entitled “L’Eglise face au monde du travail” (The Church facing the world of work) to Archbishop Dell’Acqua to assist in the drafting of an encyclical to mark the 70th anniversary of Rerum Novarum.

“The note, which I wrote in a single session, focuses particularly on the international aspect of the world of work and the problems it raises. I certainly have not presented the Church’s whole doctrine on justice as would have been necessary. The text in fact is merely a series of reflections drafted by hand without any pretensions.

“As I suggested to Your Excellency in my previous letter, a study committee could prepare a draft, as was done for Rerum Novarum and Quadragesimo Anno.

“I beg Your Excellency’s pardon for the simplicity of my suggestions but I believe that the time is truly ripe for a psychological shock in the world. Perhaps we could announce the new encyclical a little later and thus prepare great publicity for it and a great impact in every continent,” Cardijn wrote.

The Church faces the world of work

He takes up these themes in greater detail in his actual note, which is organised around his iconic Three Truths of Reality (See), Faith (Judge) and Method (Act) dialectic.

I. Truth of Reality: The universal dimension of the problem

“Never has the worker problem experienced the dimension, significance or gravity that it has today,” Cardijn begins in his usual apocalyptic style. “All the more so since its present dimensions do not signify the ultimate end point; on the contrary this is merely the beginning of a vertiginous transformation, both concerning work itself and all the actors who are engaged in it, and concerning the unheard of repercussions of this transformation on all aspects of the life of the whole of humanity.

“Not only the manner and life of work have been and are continuing to be transformed from day to day, but labour is in the process of turning the whole world on its head, creating an increasingly technological world, changing the very regime of work as well as the various aspects of human life – personal, family, social, cultural and recreational, political, national and international,” he insisted.

He continued noting that while both Leo XIII (Rerum Novarum) and Pius XI (Quadragesimo Anno) had dealt with the issue of work and labour in their encyclicals, Pius XII had not done so even if he had taken up various aspects in many of his speeches.

Now, however, the issues of work and labour had taken on a “universal dimension.”

“Today, the future of work has become a global problem, the No. 1 problem, one might say. It is increasingly becoming so: through the perfecting of new labour processes, which have spread rapidly in every country and among all races; through the growing number of wage workers, both young and adult – and particularly women and young girls – in all sectors of professional life (production, trade, finance, administration, teaching, transport, publicity); through the power of new technologies which overcome all obstacles and thus transform the face of continents as well as the life of peoples; through scientific, social and ultimately philosophical problems that have led to this evolution, through which man increasingly masters matter at the risk of allowing himself to become dominated by it,” Cardijn wrote.

He paints a dramatic picture of the effects of all this:

“In the frenzied race to conquer the world and the insatiable search for immediate profit, work, expenses and the labour regime, the growing number of workers are all dragged into a world that is divided into two economic groups: the under-developed and the over-developed, and into two ideological groups: the communist world and the capitalist world. This economic, social, cultural and ideological transformation is unfolding under our very eyes at a time when so many new peoples, and especially in Africa, which are achieving independence and are seeking capital, technicians, political alliances which will assist them to achieve their destiny.”

II. Truth of Faith: The truth about work and the world of the worker

Cardijn continues with one of the most developed outlines of his theology of work.

“In the present conditions of the world transformed by work, the anniversary of Rerum Novarum presses the Church to proclaim more solemnly still the TRUTHS which must be the base of a world regime for truly human and Christian labour. It has received a divine mandate to spread the knowledge of it,” he wrote.

1. The end of work is the transformation of the wealth of nature for the service of people and for the glory of God.

Work is not a punishment for sin, a kind of condemnation. Nor is it the supreme end for those who work; one cannot turn it into an absolute, a god.

Human work is a privilege, an honour, because it demands the collaboration of man in the divine work of Creation and Redemption in order to satisfy in an increasingly adequate way the needs of the community. Without work, there is no genuine humanity, no genuine civilisation. The fatigues and abuses that accompany work are the consequences of sin.

Therefore workers are not “the wretched of the earth”, machines or slaves; they are not objects, instruments of toys; they are the sons and daughters of God; they are the very end of work.

2. This is why the Church, as divine Providence itself, desires, encourages and recognises the value and the legitimacy of all progress in science and technology. It wants them, not for the benefit of a tiny minority, but so that they will enable the needs, both spiritual and material, of the whole of humanity to be satisfied.

3. Technological and economic progress demands an increasingly sophisticated organisation of labour, within which various interests must be reconciled for the good of all.

4. The more the world of labour becomes an international complex, either in the sourcing and use of new products, or in the search for new manufacturing processes, or in the distribution of products manufactured on a market that has become global, the more the sense of responsibility and international justice must inspire a collaboration and a solidarity, that ensures the access of all in justice – not the privileged few but the innumerable mass of the most humble – in all the material and spiritual progress of civilisation.

5. However no form of economic, social or cultural organisation – as perfect as one could conceive of it and implement it – will be able alone to transform man (individual human life, family life and social life), neither to satisfy all the needs, whether secular or religious.

One can only arrive there by spreading, inculcating a new conception of the world, a unified and solidary world; and in changing the mentalities on the basis of mutual understanding and assistance; and to say it all by changing people in line with the teaching of the Gospel.

This transformation of man from the inside must be the object of an ongoing education: that of the child, that of the young man and of the young girl, that of the adult. And it will be all the more necessary in the future, since personal and social life will be more influenced by technology and by the complexity of human problems to resolve.

An integral human education supposes and demands a climate of freedom and unconditional support which alone can guarantee its effectiveness. Religion must play a fundamental role in the whole effort of social and international education. Also the Church has the right to respect and consideration all the more necessary since its task in this field will be increasingly urgent and more difficult. In such a manner that its action powerfully helps to give a real value to technological progress: far from enslaving or downgrading man, it must serve to raise and save him, in order to finally result in a totally solidary humanity.

III. Truth of Method: The specific role of the Church

“The Church’s mission is not to realise itself the transformations which have just been mentioned, nor to create scientific, technological, economic, social and political institutions responsible for the world of labour. The means for achieving these objectives forms part of the immediate responsibility and initiative of people themselves, both governments and private associations,” Cardijn writes.

“However, as has been said, the Church has the duty to spread the eternal truths that must guide both individuals and collectivities in the search and use of technologies and institutions, which all must be at the service of man, his temporal vocation and his eternal destiny. Teaching these truths, integrating them into the whole of human and Christian life, forms an integral part of its evangelising mission, in which the hierarchy, the priesthood and the laity have their distinct but essential roles in the expansion of the Reign of God on earth.

“And while it wants to achieve the full dimensions of this task, the Church cannot allow itself to be enclosed in the community of the faithful which constitute it; it must open out to all people of good will. This is why it wishes to collaborate with all the human institutions, both private and public, national and international, which seek in the respect of their reciprocal mission, the means to ensure the happiness of peoples and the Reign of God,” Cardijn explained.

The Church had several specific roles in this, Cardijn proposed:

a) Teaching the social doctrine of the Church

b) Formation of the laity

A manifesto for Vatican II

Although he made no mention at all of the coming Council, it is difficult to interpret this magisterial document as anything other than his own personal manifesto and proposed agenda for the Council. 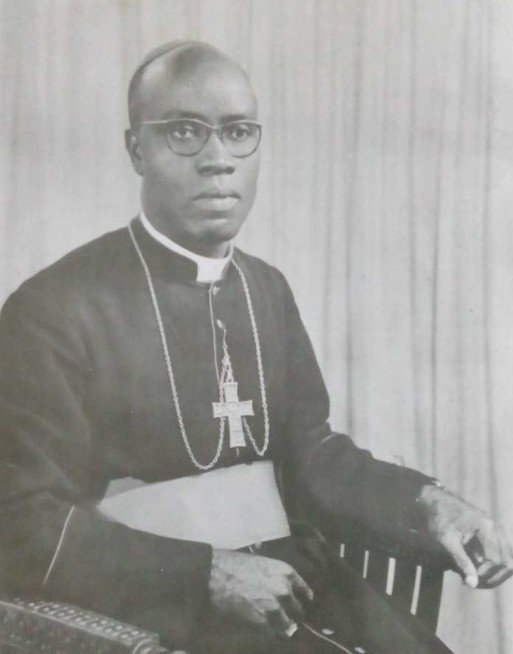 After studying at the Institut Catholique de Paris from 1957-59, he returned to Abidjan where he served as the chaplain to the Catholic Action movements.

Former IYCS leader, Lazare Kabran reports that Mgr Yago continued to support the movements in his role as archbishop.