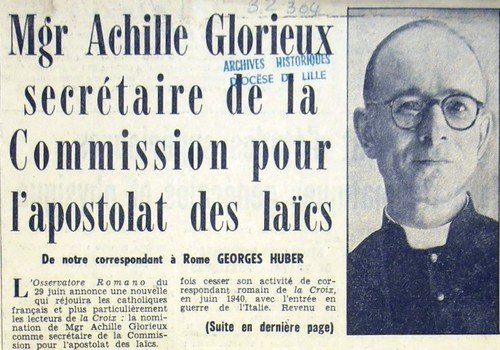 On 29 June 1960, L’Osservatore Romano announced that the former JOC chaplain from Lille, Mgr Achille Glorieux, had been appointed as secretary to the Pontifical Commission on Lay Apostolate.

Cardijn had many things to do before leaving for Africa, one of which was to deal with a project to write a book to be published by the French-Belgian company, Editions Universitaires, which was directed by a French Catholic layman, Jean-Pierre Dubois-Dumée.

After two years of correspondence with the JOC founder, the publishers were frustrated by the lack of progress.

Jean Lannoye, a well-known Belgian Catholic figure, who happened to be the father-in-law of Jean Delarge, the editor at Editions Universitaires, now took the opportunity to press Cardijn further.

But since Cardijn had no time to reply, he left it to Marguerite Fiévez to do so.

“You are undoubtedly aware,” she wrote, “that a project was begun to respond to the desire of J.-P. Dubois-Dumée as well as many leaders and chaplains of the JOC, who wished to see established for those who come after us, the fundamental thinking of the JOC. I am in the process of completing the first chapters done by Mgr Cardijn.

“But he himself has always refused to look at anything that would speak of his own life published, particularly here in Belgium and France.

“Once the drafting is finished, we will see what the result is and that will perhaps be the time to rethink the problem,” Fiévez wrote. 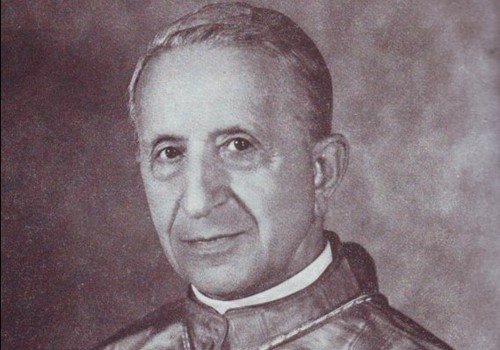 On 9 June 1960, Cardijn wrote to congratulate Cardinal Fernando Cento, who had just been appointed as the president of the Preparatory Commission on Lay Apostolate.

“I cannot prevent myself from expressing to Your Eminence my very great joy at this remarkable appointment as the head of a Commission which will study what seems to me to be one of the most serious problems for the future of the Church,” Cardijn wrote. “I address my warmest and most warm congratulations to Your Eminence.

Cardijn had known Cardinal Cento since his time as nuncio in Belgium. Indeed, Cento had assisted Cardijn and the JOC when the movement faced criticism at the time of the holding of its 25th anniversary rally and international congress in Brussels in 1950.

Cento was thus also certainly very aware of Cardijn’s key role in the negotiations leading up to and including the holding of the First World Congress on Lay Apostolate in Rome in 1951.

Cento’s appointment must therefore have come as a great encouragement to Cardijn. Moreover, it meant that Cardijn’s longstanding Vatican nemesis, Cardinal Giuseppe Pizzardo, was not in charge.

Cardijn evidently wanted to assist as far as he was able. Yet even at the age of 77, he continued to undertake a punishing travel schedule. As he explained to Cento: “I also take this opportunity to let Your Eminence know the program of my trip to Africa. I intend to visit a large number of countries, but above all to attend the Pan-African Congress and the National and Regional Congresses of the YCW in the Belgian Congo.”

But he confirmed his later availability: “I will be back by the end of October or soon after and if I can give Your Eminence some collaboration in studying one or the other issue (e.g. the apostolate of working youth), I will be very happy to be able to place myself at His disposal for the work of the Commission.”

All things considered, it was a relatively promising beginning for the Commission.

On 5 June 1960, Pope John published a Motu Proprio entitled Superno Dei creating ten specialised commissions to work on preparing for the holding of Vatican II under the supervision of a Central Commission.

The proposed commissions were:

a) Theological Commission: To deal with issues relating to the Scriptures, sacred tradition, and the faith;

b) Commission for the Bishops and diocesan Governance

c) Commission on formation of the clergy and the Christian people;

e) Commission on the Sacraments;

f)  Commission on the Liturgy;

g) Commission on studies and seminaries;

h) Commission on the Eastern Churches;

i) Commission on mission;

i) Commission on the Apostolate of the Laity.

This tenth commission on lay apostolate was to deal with all issues relating to “Catholic Action as well as religious and social action.”

The Antepreparatory Commission under Archbishop Tardini had actually proposed six preparatory commissions. Now, however, Pope John had finally fixed the number at ten, including a commission on lay apostolate that the pope had decided upon himself, describing it as a “real innovation.”

Indeed, it was the first time that an Ecumenical Council had specifically addressed the issue of the apostolate of the laity.

According to Commission secretary, Mgr Achille Glorieux, a former JOC chaplain from Lille, France, this decision exercised “a great influence on the whole Council, contributing to highlight the place of lay people in the Church and the importance of their role in the apostolic mission of the Church.”

Did Cardijn himself have any particular influence on the pope in coming to this decision?

Although we have no documentation to clarify this point, it is significant that Cardijn had raised the issue of “the confusion” over lay apostolate issues in his audience with the pope less than three months earlier.

In any event, it is clear that the issue of lay apostolate was also a personal preoccupation of John himself.

On 4 June, Cardijn left for Africa, returning on 18 July.