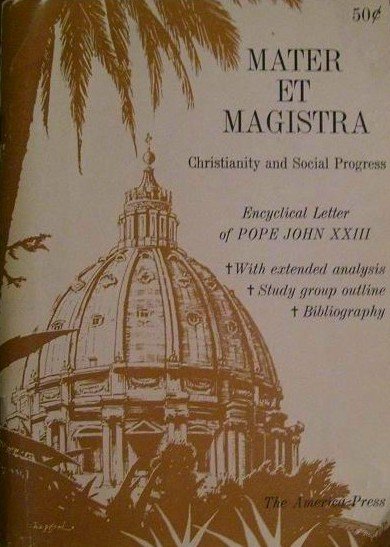 Indeed, §236-237 of the new encyclical had explicitly endorsed the jocist see-judge-act method:

236. There are three stages which should normally be followed in the reduction of social principles into practice. First, one reviews the concrete situation; secondly, one forms a judgment on it in the light of these same principles; thirdly, one decides what in the circumstances can and should be done to implement these principles. These are the three stages that are usually expressed in the three terms: look, judge, act.

237. It is important for our young people to grasp this method and to practice it. Knowledge acquired in this way does not remain merely abstract, but is seen as something that must be translated into action.

As we have seen, this was the culmination of much effort and advocacy, beginning with his proposal to Pope John XXIII, his and Marguerite Fiévez’s advocacy with others including Mgr Pietro Pavan and no doubt many others.

Less explicitly, the encyclical also adopted much of Cardijn’s positive theology of work, not as a punishment or merely a means of earning a livelihood but as a sharing in God’s work of creation.

The Church and the world of work (Cardijn @ Vatican II)

Stefan Gigacz, The Three Truths in Gaudium et Spes (The Leaven in the Council)