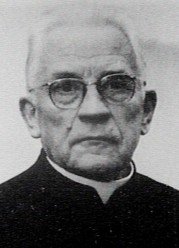 While Cardijn worked away in the Prep Com on Lay Apostolate, Yves Congar joined the corresponding Theological Commission.

To Congar’s disconcertment, Cardinal Alfredo Ottaviani opened the 15 November plenary meeting announcing that there were to be five pre-determined sub-commissions to look at the various proposed schemas.

“We will be told what the members of the Commission have said and we may express our opinion, but it is not a question of writing a treatise,” Congar noted in his diary.

“We must confine ourselves to specific and necessary points,” he added, explaining the limitations on his own role as a theologian in the commission, limitations that evidently also applied to Cardijn in the PCLA.

More positively, Congar notes that the Commission will be unable to commence work on “matters of social morality” because the drafting of an encyclical for the 70th anniversary of Rerum Novarum is under way.

Intriguingly, he also adds that in the view of the conservative Dutch Jesuit, Fr Sebastian Tromp, who was the secretary to the Theological Commission, “Catholic Action and the laity are almost entirely PRACTICAL questions to be dealt with by a non-doctrinal commission created ad hoc.”

What this would mean for the Prep Com on Lay Apostolate was not clear.

At the request of Cardinal Afredo Ottaviani, the president of the Preparatory Theological Commission, the Jesuit Fr Sebastian Tromp had prepared three draft schemata:

a) De Ecclesia: On the Church

b) De deposito: On the deposit of faith

At the request of Pope John, Tromp with the help of S. Garofolo now added a fourth outline:

d) De fontibus revelationis: On the sources of Revelation.

J.A. Komonchak, Chapter III, The struggle for the Council during the preparation of Vatican II, in Giuseppe Alberigo and Joseph Komonchak (ed.), History of Vatican II, Vol. II, Peeters, Leuven, 1995, 229.